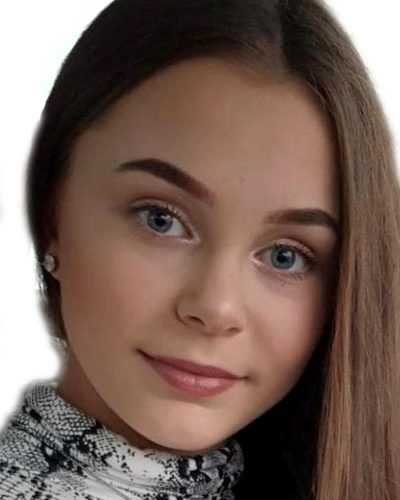 Hi
My name is Ava-grayce and I am a 14yrs old dancer and singer. I train in my chosen fields approx 5-6 times a week.
I have been dancing, singing and acting, since I was 11 months old, starting with the normal baby Ballet classes and progressing from that point on…!!
It was only a matter of time, before other lessons started to creep in and before I was 3yrs old, I had stated in my first Theatre stage production and was taking instruction and professional training in Classical Ballet, Theatrical Tap, Cheer Dance, Stage Work, Street Dance, Lyrical/Contemporary, Rock n Roll, Ballroom, Latin and Classical Sequence (old time dance).
During a massive successful dancing career, experiencing arenas in many areas of proffesional competition, including British and World championships, my love of Theatrical Stage, Song and Dance progressed. It is now my ultimate ambition to make a life career for myself on the Musical Stage, Film and Television and Modelling forums.
I work excessively hard, being focussed and dedicated, day in day out, in hope to be able to be successful and achieve my ultimate goals.

I made my debut appearance on the competition floor, when I was only 3.5 yrs well-being placed 3rd in an under 6s section…!
My dancing and competition life had truly started. I grew from strength to strength and was starting to be recognized all over the country in many different dancing circuits.
By the time I was just 6yrs old, I was The Under 8s British Juvenile Champion, winning National Status in Ballroom, Latin and Classical Sequence.
I had appeared in 3 further Professional Stage Productions and had won many other Ballet, Tap, Cheer Dance and singing related competitions and awards.
Some of my amazing and outstanding achievements and titles to date are…
*Under 8s, Under 10s and Under 12s British Classical Sequence, Ballroom and Latin Champion. Winning Under 10s and 12s twice.
*Under 10s and Under 12s UK and English Champion x 2
*Under 12s British Open to The World Classical Sequence Juvenile Champion.
*Under 12s British Open All Girl Champion x 2
*Nominee of a Theatre Dance Award….being placed 70th out of 7000 nominees in the award…going on to win her catagory.
*Nominee twice for the world recognized Le Classique De Dance Award…winning the award outright on a full winning abdication board vote in 2018. An award presented and recognised by the Strictly Come Dancing team…!!
*North and South of England Champion over many fields, totalling over 50 National Championship titles, over 6 years of International competition.
*11 Stage show productions, taking lead roles, including being a full cast member and dancing for The English Youth Ballet, on pointe, is the proffesional production of Giselle at The Regents Theatre in Stoke.

I have gained an associate place with Phil Winston’s Theatre training and dance squad, where I am hoping I will gain enough exam points and experience to be able to audition when the time comes, for a vocational training place, at the dance college.

I have also been offered a place with one of Pauline Quirkes Academys…in the hope I can better my film and television performance and roles.

I feel I have many skills and attributes to bring with me the the performance, singing and dance table….
I am a well mannered, well spoken and polite person.
I am a naturally happy and confident girl, who is equally humble to my own successes and inner drive to succeed further.
I get along with my peers socially and professionally, who I also hope for their future happiness and successes to come.

I speak Spanish quite well and has I return back to school, I am pursing that further has one of my chosen GCSE subjects.

Thankyou for taking the time to read my profile