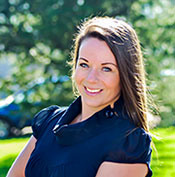 I am a singer, actress and model from Manchester and I havenow started Sofia Management to help up and coming performers take the next step.

My ambition in life is to be very successful in area I have always loved and been a part of. It is also my ambition to help and watch others succeed. I enjoy Tap Dancing (qualified to a high level) I enjoy fashion, Music, networking and going to shows.

I dislike that most fashion companies prefer size 0-6 models so I try and encourage my models to be who they are and embrace it.

At the age of 4 Rachel joined the Debra McLaren Dance and Drama School, where she found her love for the stage, and then continued her theatre studies at Manchester Metropolitan University.

As a professional singer, going under the name Sofia Spencer, Rachel has been an integral part of many stage and television
presentations. Starting at the young age of 11 she took the role of Mayley in Cameron Macintoshes Oliver Twist for a 6 month contract working with Gary Wilmot and Russ Abbott at Manchester Opera House. This was followed shortly after with a lead role in the light opera, Tess of the D’Urbervilles working with Paul Shane.

Other stage roles include two consecutive seasons in Joseph and his Technicolor Dreamcoat at Bradford Alhambra Theatre. She also took the role of the comedy fairy in Sleeping beauty.

Television credits include a seven month contract with BBC Television playing the part of Caitlin Weston in the TV series Doctors. Other roles include Heartbeat, Two pints of Lager and a Packet of crisps, Coronation Street, Delziel and Pascoe, Marion Again, Ghost squad, Crimewatch and many more including the short films Fizzy days and Drunken Butterflies.

Rachel played Joanne in a film released in Spring 2014 and also a makeover show for television series filmed in London.

Rachel was recently head vocal coach at Carol Godby theatre school teaching singing and drama and also directing many shows that were performed at theatres such as Middleton Arena , Bolton Wanderers , Radcliffe Civic theatre and many more. From this Rachel was spotted as a coach and has now become Bury Colleges Musical Theatre lecturer and enjoys every minute of it. Beside Bury College Rachel now teaches Acting for Screen, singing lessons and Musical Theatre at Valley Academy and has now opened her own business as a Modelling and Talent Management where, as well as other clients, will represent herself. Models on her books include, clients for Disney, Vivienne Westwood, CBBC and many more.

Rachel secures regular work as a singer, performing under the stage name Sofia, Rachel is available to perform as a singer at social venues throughout the North. Her repertoire covers all occasions including Weddings, Parties, Funerals,
Christenings Pubs and Clubs.

Recently Rachel has been cast as a singer/actress in Prey, currently in production as well as Cinderella for Pantomime in 2016. Her singing roles are continuing to flourish having been selected to lead at the Liverpool and Manchester Fashion weeks as well as making numerous personal appearances at weddings and achieving runner up at the Liverpool Lifestyle awards.

Modelling work includes:- Plantas Italian shoes, Make up, Hair, and now I am the face of the new London Beauty product Jeunvie. www.jeunvie.co.uk

Sofia Management was set up in September 2016 and is building everyday, with clients modelling for Disney Couture, Shan Clothing, Bridal boutique, BBC London fashion week and much more. It is exciting to watch the talent who have joined us continually grow in confidence as well as skill and ability.